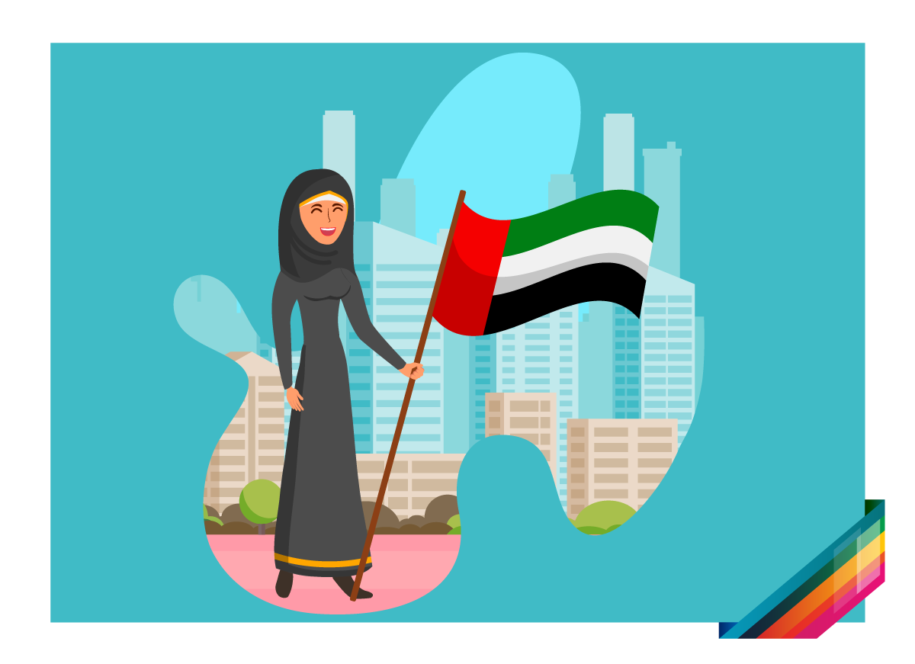 Women of this country have played a pivotal role in the social, political, cultural, scientific, and economic progress of the UAE.

Late Sheikh Zayed Sultan Al Nahyan, the founding father of UAE, once said: “The women are half of the society, any country which seeks development should not leave her in poverty or Illiteracy, I am on the woman’s side.”

UAE is one of the several countries where women are endowed with boundless opportunities and also given priority over men. You see women of this nation wear many hats. Their wisdom and expertise are proudly showcased in all areas – be it Medicine, Arts, Business, or Politics.

Emirati Women’s day is celebrated with a theme every year, and this year it is ‘Women, Icons of Tolerance.’ H.H. Sheikha Fatima bint Mubarak, Chairwoman of General Women’s Union, said “Emirati Women are incredibly tolerant. It is one of the reasons why they excel in their profession and manage their family well all at the same time.”

UAE Women have been at the forefront of UAE Society, making their country proud. Whether in the cabinet of ministers taking strategic decisions, fighter pilots or athletes who have brought home medals in the Asian Games.

The theme for last year’s Emirati women’s day was ‘Women on the Course of Zayed.’ Last year was declared as the ‘Year of Zayed’ after the late Sheikh Zayed Bin Sultan Al Nahyan. He was a staunch proponent of women empowerment and had spearheaded many initiatives for the upliftment and improvement of the status of women.

UAE is one of the most progressive countries in the Arab world, moreover, in 2012, the country had passed a law that called for mandatory representation of women in all government bodies.

UAE women are successful entrepreneurs, as well. There are over 20,000 female Emirati entrepreneurs in the UAE.

Dubai women’s establishment had launched a program last year for Emirati women, especially students pursuing their graduation and young professionals. The purpose of the program was to share and gain knowledge by interacting with leaders and established personalities of their respective fields.

A program was launched by Dubai Airports to incorporate more women in leadership roles and to develop the skills of their existing female staff.

On this occasion, we have pulled together a list of some of the Influential Women in UAE who hold powerful positions.

A part of the royal family of Sharjah. She’s the first Emirati woman to hold a position in the cabinet of ministers. Moreover, she has held prestigious positions as Minister of Foreign Trade, Minister of International cooperation and development, President of Zayed University and board member to many other local and international Organizations.

She pursued her bachelor’s degree in computer science from the U.S. Also; she has a master’s degree in business administration. She was recently appointed as The Minister of State for Tolerance to promote tolerance in the country.

Popularly known as the mother of the nation, she is the wife of Late Sheikh Zayed Bin Sultan Al Nahyan. Her Excellency has played a pivotal role in women’s empowerment by ensuring women are given equal opportunities as men. She accomplished this by promoting education and participation of women in all areas, especially in remote parts of the country where educating girls was not considered a priority.

She is the Supreme Chairwoman of the Family Development. Likewise, she presides as President of General Women’s Union and Chairwoman of Motherhood and childhood Supreme Council.

Expo 2020 is just around the corner, and HE Reem Al Hashini has a significant part to play for the mega event. She’s the Director-General and board representative of Expo 2020 and also the minister of the state for International Cooperation. She manages the International Affairs Office of the Prime Minister of the country and is plus the chairperson of the Federal Competitiveness, Statistics Authority, and Dubai Cares. She holds a master’s degree from Harvard University.

UAE is a country were happiness quotient among the people is relatively high. Reason – They care! Which is why they have a Ministry of Happiness and a Minister of Happiness and General Wellbeing. Her Excellency Ohood Bint Khalfan presides over the same. She’s the vice president of the world government summit organization too; which is responsible for holding the world government summit every year. Her Excellency was recently selected for membership in GEC (Global Entrepreneurship Council) by the United Nations Foundation. She is the first Arab member in the council.

She is the Ambassador and Permanent Representative of UAE to the United Nations. She’s currently serving as the Co-chair of Intergovernmental Negotiations on the Security Council Reform. She has also held the position of President of the U.N. Women Executive Board. She pursued her Bachelors and Masters in History from Cambridge University, U.K.

She is boldness personified – The first Emirati woman to become a fighter pilot. She’d to wait for a long time to join the UAE Airforce because the doors were open only to men at the time. She fought against all the odds and broke all barriers and stereotypes in a male-dominated field. And she did it with bravery. She is a recipient of the Mohammed Bin Rashid Excellence award and was one among the group in UAE led airstrike mission against ISIS in Syria.

She is the minister of Culture and Knowledge development and has played a significant role in the nation’s media industry. She’s a board member of UAE’S national media council and the Abudhabi sports council.

She was named as one of the most influential women in the middle east by Forbes. The part played by her in improving maternity leave benefits for women in the private sector was significant.

This 46-year-old Emirati woman is going to make history by climbing the world’s highest peak – Mount Everest. It will make her the first Emirati woman ever to summit the peak. She has earlier scaled Mount Kilimanjaro four times.

She is the first woman to hold the position of Minister of State for Public education affairs. She holds a vast experience of over twenty years in the education sector. Her experience includes working to develop a Quality assurance system for the schools in Dubai and also serving as the Executive Director of Dubai Knowledge Village for a term of four years from 2004 – 2008.

She is the minister of state and was part of many U.N. Meetings to discuss relevant issues ranging from women empowerment to population, employment, and development. She’s also the chairwoman of the family development foundation. She holds a PhD in Sociology.

These women are a real inspiration to the younger generations aspiring to be successful and empowered women of the future. They broke the stereotypes and fought hard for what is theirs and never gave up. They are role models for future generations to look up to. And there’s no better day to celebrate their success than on this day dedicated to the Emirati women.

To extend support to the women community of the country, various organizations came up with several initiatives last year, and few of them are listed below.

Emaratiyah – UAE’s inspiring women’ was a special edition book released by the Federal Competitiveness and Statistics Authority. This book documents inspiring success stories of 24 Emirati women who excelled in various domains of life.

The Telecommunications Regulatory Authority celebrated Emirati Women’s day last year; with various events and activities in line with encouraging Emirati women to work in the Information Security field. The event hosted several guest writers who touched upon multiple topics from the importance of positivity in life to self-development and perseverance. The event was followed by breakfast and a Fine Arts Exhibition tour in the women’s museum; which was organized for the occasion.

Dubai Electricity and Water Authority organized a Forum last year at the Armani hotel in Dubai with the theme “Women on the Course of Zayed.” The event was aimed at supporting and empowering women and was attended by various dignitaries and female staff of DEWA. DEWA employs close to 2000 female staff in its operations. 79% of DEWA’s female workforce comprises of Emirati women. The event included panel discussions by eminent women’s personalities of the country.

The famous delivery service company Deliveroo honoured women by gifting all its customers; with decorative art magnets with illustrations about women empowerment. The same was designed by Alia Al Shamsi, The emirates woman artist of the year winner of 2011.

UAE Exchange’s network group NOW (Network Of Women) organized an event at UAE exchange headquarters in Abudhabi. Around 200 Emirati women staff participated in various activities, interactive sessions, quizzes, etc. NOW is a forum created by and for the female employees of the brand.

ADNOC has come up with various initiatives to empower women and increase their participation in the oil and gas sector. On the occasion of Emirati women’s day; they announced that they aim to appoint one female CEO across its group of companies. They also pledged to ensure women will occupy 15% of senior managerial positions.

The national airline of the country, Etihad Airways, marked Emirati women’s day last year by releasing a series of videos about how women have contributed to the growth of the aviation industry. Emirati women play a significant role in the company; with over 300 positions occupied by them in senior management roles apart from pilots, aircraft engineers, and technicians. They also made headlines with their first all-female flight crew to emphasize the importance of the integral part played by their female staff members in several positions.

Dubai Chamber of Commerce organized an event last year in cooperation with the UAE Ministry of Economy to feature the stories of successful Emirati women. The seminar was attended by over 100 women from various government bodies. The event was to recognize the vital role played by Emirati women in the country’s progress and development.

Various hotels and restaurant chains also marked the day by hosting complimentary dinners and free vouchers to extend their support to the Emirati women community.

The world-renowned feminist and journalist Gloria Steinem once said: “The story of women’s struggle for equality belongs to no individual feminist nor any organization but to the combined efforts of all who care about human rights.” This holds to the word; the UAE community has been proving this time and again with their active involvement and participation in empowering women; and giving them equal or more importance than men.

As the saying goes – Action speaks louder than words, UAE’s women empowerment is not just restricted to speeches here in the country. They have implemented several successful initiatives to bring out the real talent of the women of the country and to appreciate and value them for their significant contributions in various fields.

The respect and dignity women community gets in this country is outstanding and worth appreciating, and they are proud to celebrate their women’s success.